HODGE GETS HIS NEW YEARS RESOLUTION FIVE DAYS INTO 2015! 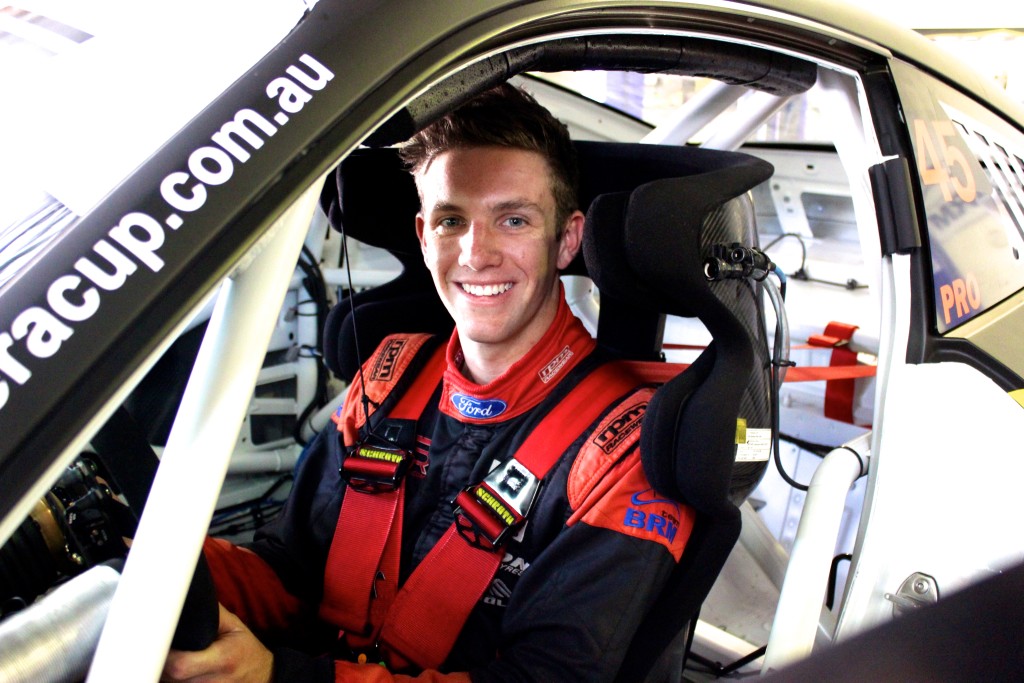 THE BEST New Year’s resolution ever’ will lead Adelaide racer Simon Hodge to his first international racing outing this weekend in Dubai.
After first discussing a deal at 10pm on New Year’s Eve, the current Formula 3 Australian Drivers’ Champion will compete with Welch / STP Motorsport in a Porsche 997 GT3 at this weekend’s Dunlop Dubai 24 Hour race.

Hodge and the team signed the deal on Sunday with the 21-year-old set to jet out to Dubai Tuesday ahead of opening practice this Thursday.
The annual enduro classic is the annual kick-off for the endurance racing calendar and this year has received an incredible 90+ entries.
The race will be the first for Hodge in a Porsche and his first overseas after rising through the ranks of Australian open-wheel racing in the last few years.

“It’s been a bit of a whirlwind and all started when I got a call at 10pm on New Years Eve when I was on holidays on the Sunshine coast,” Hodge said.

“I can’t think of a better way to kick off 2015 after last year – which was the best of my career by far.

“The deal was done on the weekend and I was rushing around on Sunday morning trying to find doctors working to give me the medical tests I needed to get my international licence signed off.

“The paperwork was in with CAMS as soon as they opened first thing on Monday and they’ll have to rush through the application to get it all signed off before I get on a plane on Tuesday. It’s crazy but very, very exciting and a great opportunity for me.”

Hodge will race a Porsche 991 GT3 in the around-the-clock race as he seeks to expand his racing resume’ this season.

He says tackling his first major endurance race is an ideal way to get laps and experience in the cars after years’ of experience in open wheel racers – and it’s better value too.
“At a dollars-per-kilometre factor, there’s nothing better,” Hodge explained.

“I’ll get something like nine hours in the car and the team has 20 sets of tyres allocated for the weekend, so I’ll get heaps of opportunities to learn how the car behaves on new and old tyres.

“It’s all about learning and I’ll be doing a lot of it – learning the car, the track and the team, none of whom I’ve met before.

“I’m going to take the opportunity with both hands and make sure I get the most out of it as we finalise our plans heading into 2015, which may well involve racing a similar sort of car.”

The Welch team is an experienced outfit based in the United Kingdom and, as well as racing in GT endurance events around the world, also runs a two-car team in the popular British Touring Car Championship (BTCC).

The team’s Porsche competes in the ‘997’ class – running just behind the outright GT3 vehicles that make up the outright field.

“We believe that that if we push hard we might be able to get in and amongst some of the outright cars at the front, but that will be a case of waiting and seeing how it all plays out.” Hodge added.

In 2014 Hodge won the Formula 3 Australian Drivers Championship for the CAMS Gold Star, driving for Adelaide-based Team BRM.
He was the first South Australian to win the 58-year-old open-wheel honour since the 1970s.